- May 28, 2013
If you're using an authentication server (such as Cisco's ACS) to make policy decisions about wireless users, there may be times when you'd like to make a decision based on the name of the SSID that the user is joining. In this article, we'll look at how you can do this.

In this article, I'm going to assuming that we are using a Cisco wireless LAN controller, together with a flavour of Cisco ACS 5.x. I've seen this method used with Cisco ACS 4.x (see references at the bottom of this article) and wouldn't be surprised if you could modify the technique for other RADIUS servers. When Googling about this subject, I don't see any results that show how to do this in ACS 5.x, so thought it was worth a quick note.

The attribute we are interested in is the DNIS (Dialed Number Identification Service). If we inspect this attribute in the ACS logs, we can see that the DNIS contains the MAC address of the RADIUS client (the WLC), together with the SSID name. Here is a screenshot that shows an authentication record for a client (the SSID is called "home-8021x") 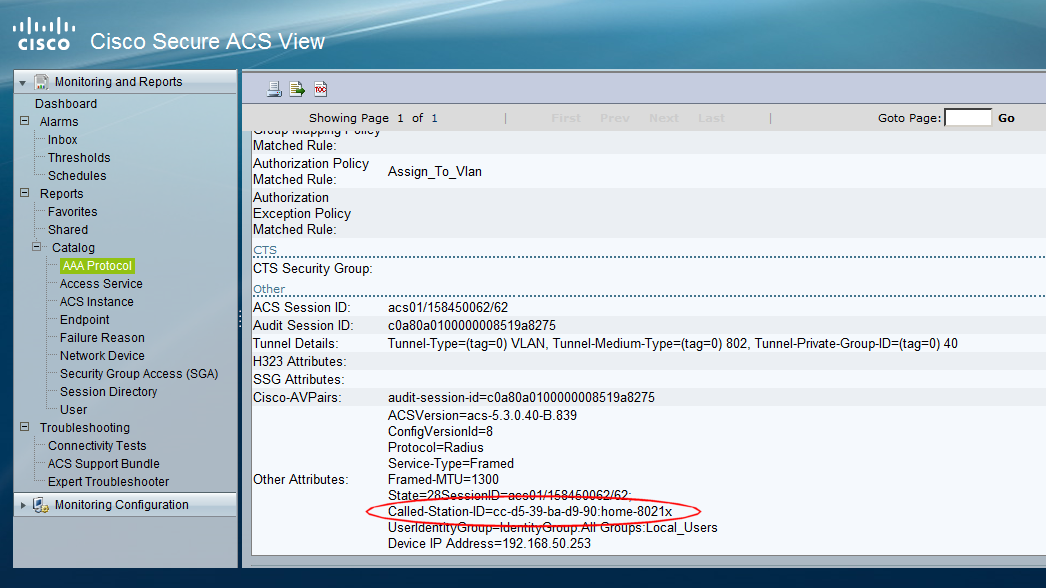 To be able to include the SSID in the decision making process, we have to create an End Station Filter within ACS that we can drop in to our policy rules. Here is the ACS page that we are interested in: 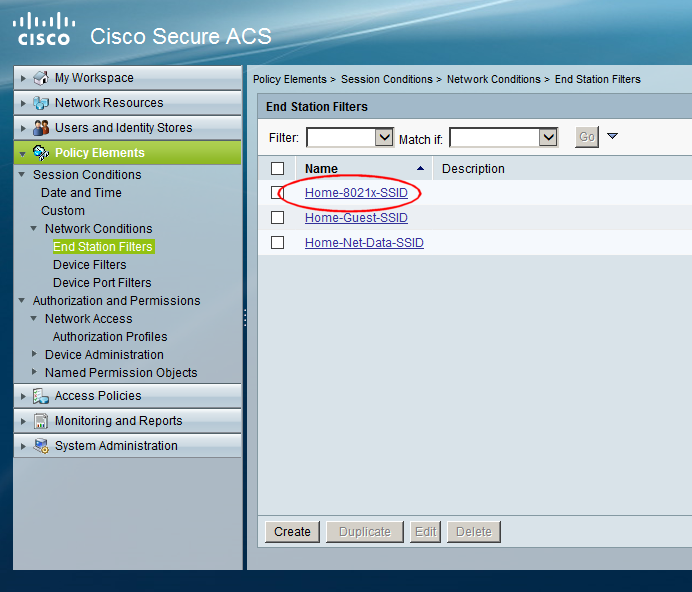 To match on our SSID of interest ("home-8021x"), we have to configure the end station filter as shown below (note the use of the "*" to act as a wildcard for the MAC address of RADIUS client):

Once we have our End Station Filter in place, we can make some very granular decisions around authentication and authorisation of users trying to join the SSID. One area that this is very useful for is defining Service Policies. We can tie a service definition to a particular source SSID.

For reference, here is a screen-shot from the Cisco WLC GUI, showing the SSID name that we are using: 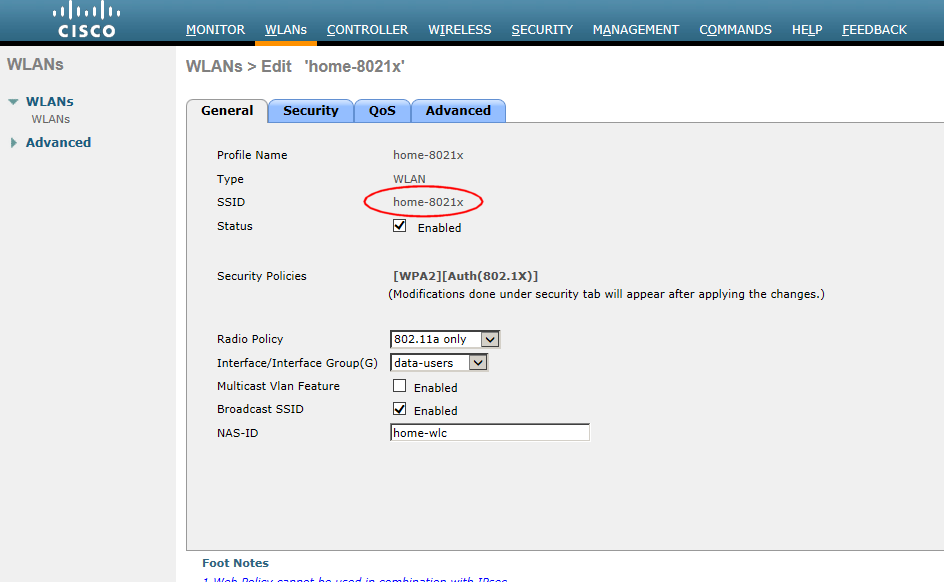 In the example below, we have a service policy called "Auth_Users_Select". You can see from the highlighted field that only authentication requests that are received from our sample SSID will hit this policy entry, as they must match the End Station Filter that contains the SSID information. 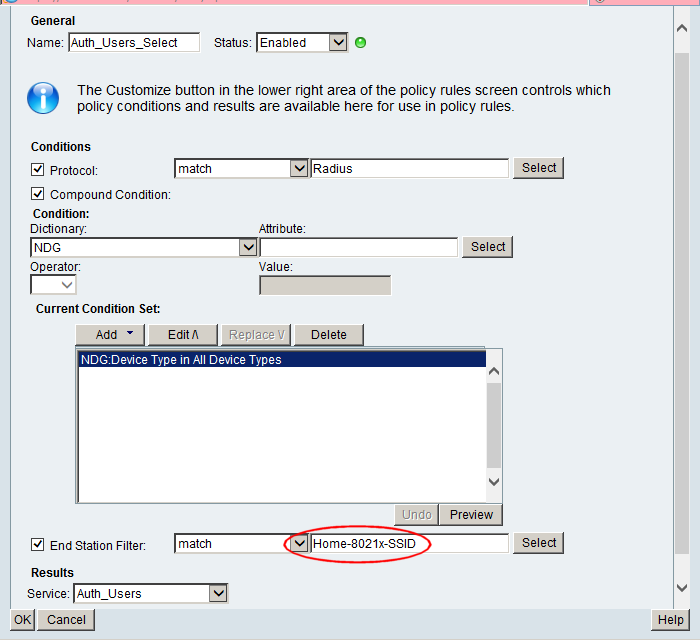 There are a couple of caveats to bear in mind:
Conclusion

Using End Station Filters in this way gives you a powerful way of making decisions around both authentication and authorization decisions.

Particularly when considering service policy decisions within ACS, being able to associate a service with a particular SSID is valuable - each service (e.g. Corporate-data, Corporate-voice etc.) may be authenticated by their own methods using this technique.

It's also worth noting that the same effect may be achieved using the WLAN-ID RADIUS attribute which provides the (numerical) index of the SSID (this is often suggested in other configuration examples I have seen). Although using the SSID index (via the WLAN-ID RADIUS attribute) is  a valid method, unless there has been a policy of assigning the same SSID to the same index on every WLC in the network, then this may not be a feasible approach.

The following documents provide some very valuable references, particularly if you are looking for the ACS 4.x version of this technique:
ACS Cisco Policy. SSID