Showing posts with the label podcast
Show All 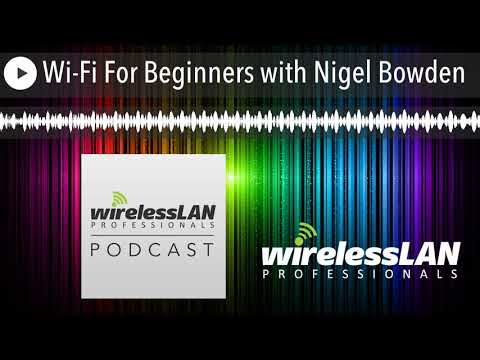 I was recently invited to take part in the WLAN Pros Podcast for a short interview about my Wi-Fi For Beginners podcast series that I did a few years ago.

Keith Parsons is looking at a number of resources for newcomers to the Wi-Fi industry and thought that my series might be a useful place for people to dip their toes in to the world of Wi-Fi.
You can hear the podcast interview I did here:

A few years back, I created a podcast series called "Wi-Fi For Beginners". It was aimed at networking profesisonals who already have general networking skills, but were looking to expand their Wireless LAN knowledge.
The series was very popular and has had many tens of thousands of downloads to date. After speaking recently with Keith Parsons about the series, I thought it might be useful to post the 21 episodes of the series on YouTube to make it accessible to a whole new audience who aren't perhaps so familiar with subscribing to podcasts etc.
Although created between 2015-2017, the majority of the content is still applicable to current wireless networking practices. In fact, many of the fundamentals of wireless and networking theory never change.

Knowledge of wireless LAN networking requires an understanding of all of the legacy 802.11 ammendments that have gone before and still need to be understood today. The main area missing from this series when considering wireles…
Read more
More posts